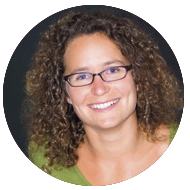 Nina Simon is an internationally-recognized expert on active community participation in cultural institutions and has been named a “museum visionary” by Smithsonian Magazine for her innovative approach to design. Nina received the American Alliance for Museums’ Nancy Hanks Memorial Award in 2012 and was named one of the 50 most “powerful and influential people in nonprofit arts” by the Western States Arts Federation in 2012 and 2013. Nina is the author of “The Participatory Museum” (2010) and the popular Museum 2.0 blog. Nina holds a B.S. from Worcester Polytechnic Institute in electrical engineering and mathematics.

Marc Bamuthi Joseph is a dynamic artist, activist and thought-leader.  ln the Fall of 2007, Bamuthi graced the cover of Smithsonian Magazine after being named one of America’s Top Young lnnovators in the Arts and Sciences. He is the artistic director of the 7-part HBO documentary Russell Simmons presents Brave New Voices and an inaugural recipient of the United States Artists Rockefeller Fellowship, which annually recognizes 50 of the country’s “greatest living artists”. He is the 2011 Alpert Award winner in Theater and in April 2012, he was one of 21 artists to be named to the inaugural class of Doris Duke Artists. He currently is completing new works for the Philadelphia Opera and South Coast Repertory Theater while serving as Director of Performing Arts at Yerba Buena Center for the Arts in San Francisco.